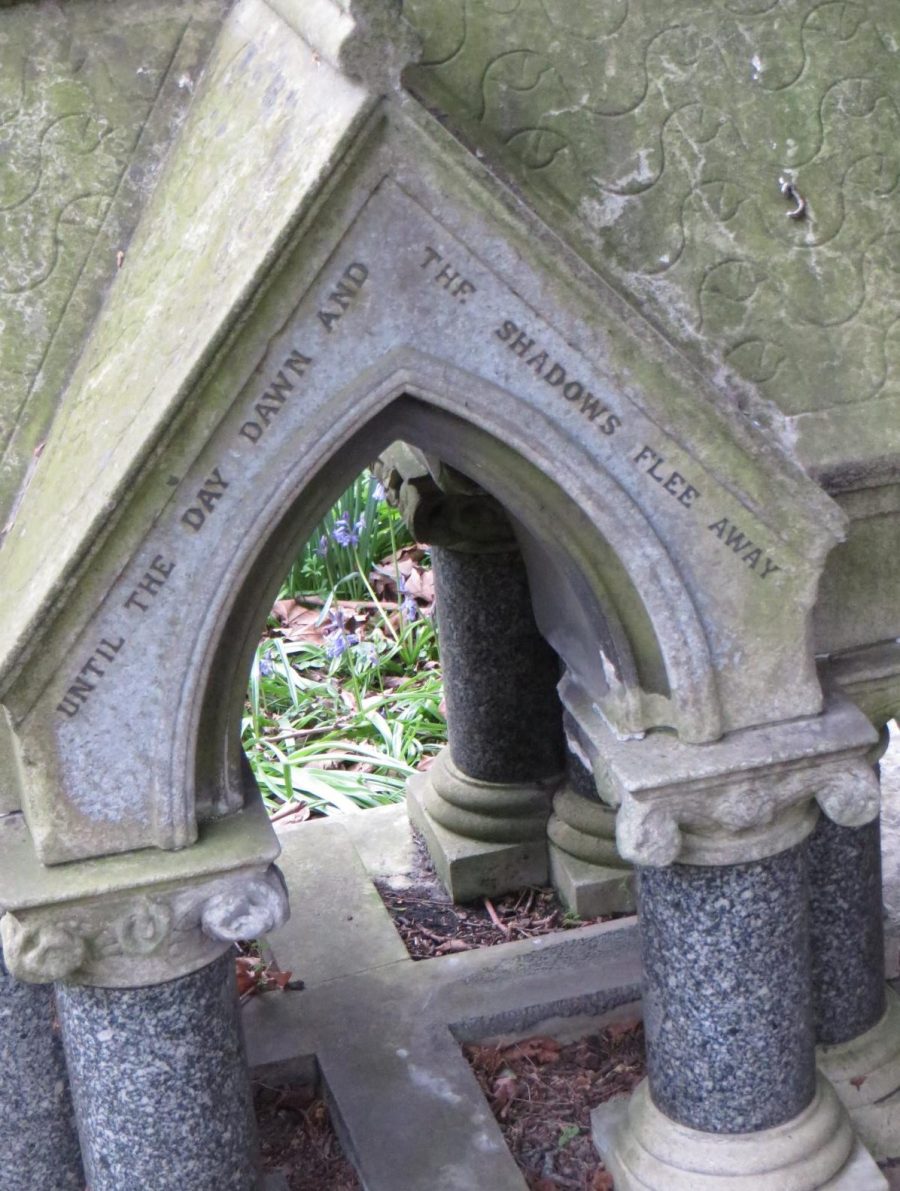 The title of my blog is a quote that I have slightly adapted from the Song of Solomon which is also known as the Songs of Songs.  Its author, date or country of origin remain unknown but it has formed part of Judaisim and Christian traditions.  It comes from the fifth book of Wisdom in the Old Testament and is also one of the Scrolls of the Writings in the last section of the Tanakh or Hebrew Bible.

There are several versions of the Songs  which seems to depend on which version of the Bible was used as a reference.

For example, the New American Bible quotes the verses as being 2.17

‘Until the cool of the day

When the shadows flee away’.

Whereas a Scottish Puritan Minister, James Durham (1622 -1658) in his renowned commentary on the Song quotes it as:

Until the day break,

And the  shadows flee away,

I will get me to the mountain of myrrh,

And to the hill of frankincense’.

Durham saw the Songs as being allegorical in that it was describing the mutual love of Christ and his ‘bride’ Church as well as a romantic song between man and woman but the allegorical interpretation is  no longer accepted.

‘Until the day break,

and the shadows flee way,

and be thou like a roe or a young hart,

upon the mountains of Bether.’

However,  The Songs of Songs appeared in Judaisim  during the 2nd century AD  and was  seen as an expression of sexual love and an allegory of the God and Israel’s relationship. .    In modern Judaisim it is read on the Sabbath during Passover, which marks the beginning of the grain harvest as well as commemorating the Exodus from Egypt.

However, I first saw the quotation on Sir Henry’ Tate’s imposing terracotta mausoleum in West Norwood Cemetery where it reads:

‘Until the day dawns and the shadows flee away.’

It really impressed me as being a positive and uplifting message on a memorial to those left behind to grieve.  There will be a new day, the dark clouds will lift and another life will begin.  A message of hope at a dark and sorrowful  time.  However, I have slightly altered to read ‘shadows fly away’ instead of ‘shadows flee away’ as I felt that it sounded more contemporary.

Since seeing the quotation in West Norwood I have seen it on other epitaphs and memorials, not just in West Norwood but also in Brompton Cemetery and my local churchyard, St George’s in Beckenham.