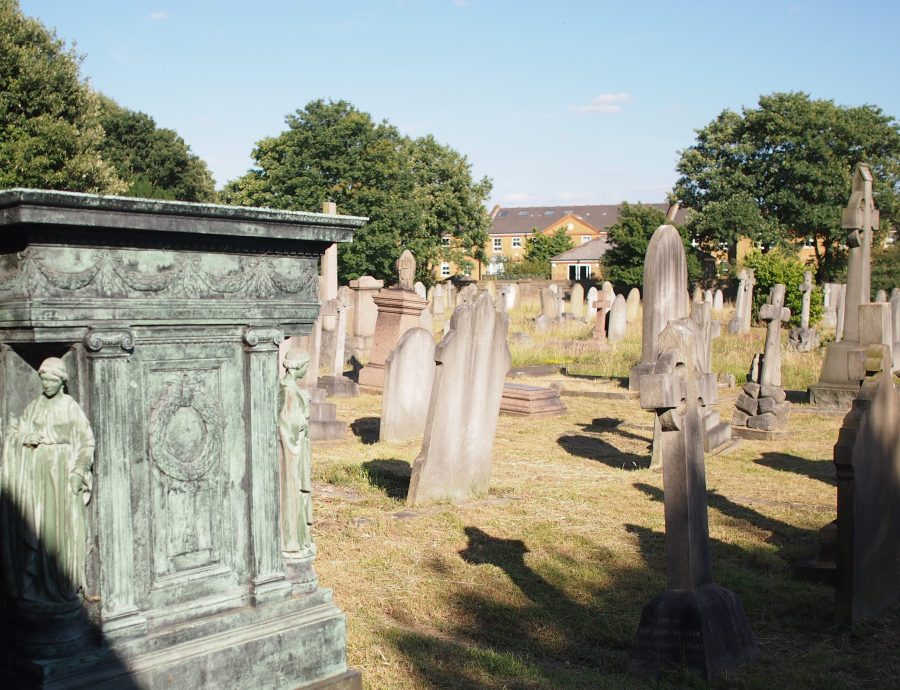 Whistler has always been one of my favourite artists and I loved this article on his and his wife’s final burial place.

Chiswick Old Burial Ground is a large extension to the old churchyard at St Nicholas, Chiswick, close to the River Thames in west London.  The Georgian graves clustered closest to the church (including the grand tomb of the artist William Hogarth) give way to Victorian and more modest headstones, filling a site that’s just under 7 acres in size.  Unlike some of London’s larger Victorian cemeteries, most of the memorials here are fairly modest in scale and ornamentation, made from stone or occasionally marble.  But one incongrous memorial catches the eye, despite being tucked away near the cemetery’s northern boundary wall: a striking copper tomb turned green by the passing of the years, which marks the burial place of two artists.