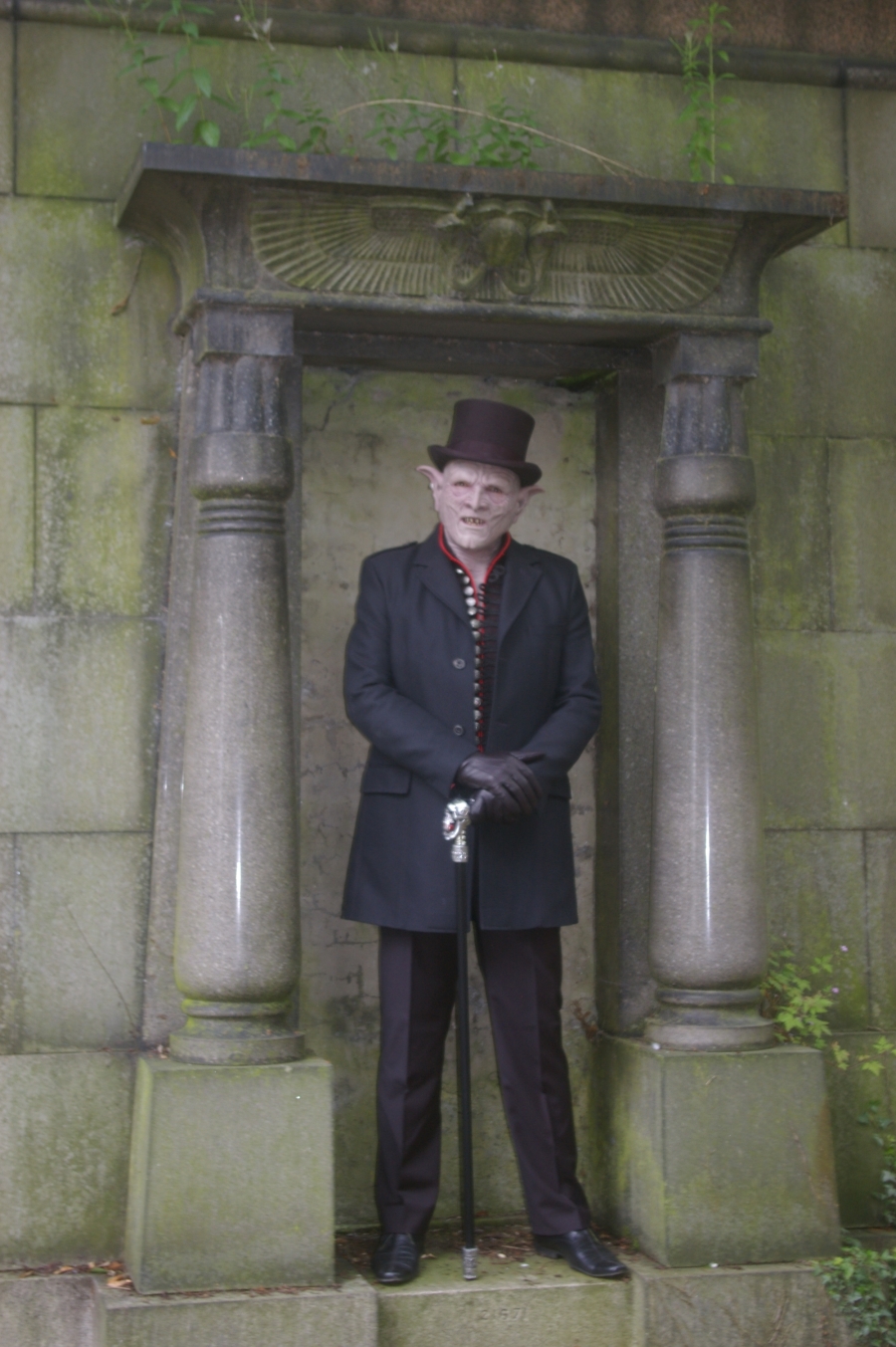 Once Spring has sprung it brings with it the start of the Cemetery Open Day season. What better way to spend  your time on a sunny day than out in a cemetery?

In London, with the Magnificent 7, it kicks off with Nunhead’s cross between a village fete and a knees-up followed by Brompton, Kensal Green and Tower Hamlets.

However, the Open Days are not, as you might be thinking, an opportunity for cemetery volunteers  to measure you up for an eternal des res . But, instead, they’re a good opportunity to wander round and explore.  Now you have an excuse to visit that cemetery that you’ve always been meaning to go and have a look round but were worried that you weren’t quite Goth enough.. , There will be undoubtedly be a nice cuppa on offer, the opportunity to go on a tour or just admire the scenery.  Each cemetery has its own unique atmosphere and little gems to discover .

Sadly neither  Brompton or Kensal Green are holding Open Days in 2017 (boo!) but it’s not only the Magnificent 7 that have them.  In 2013 I attended the Friends of Streatham Cemetery’s Open day. Unfortunately for them it rained all day.  But there was a newly reopened derelict chapel to explore, interesting angels to see and some excellent refreshments.   In the 1990’s Brookwood Cemetery near Woking held an Open Day at which Highgate sold chocolate covered marzipan coffins shaped biscuits on their stall – well worth the trip alone.

So why not support your local cemetery and go and have a look round when you see the Open Day posters on display. .  You never know, you might find a long lost relative in the undergrowth   or a lovely piece of cake in the refreshments section.

This is a slightly revised article I wrote for the Friends of Kensal Green’s magazine, Th e Telemon, on my fond memories of previous Kensal Green Open Days.

‘Only 50p.’ said the earnest young Goth at the entrance gate as he offered me a small red plastic coffin. Inside was a pastel coloured candy skeleton in pieces.  How could I resist such a bargain?

This souvenir was offered at one of the first Kensal Green Open Days that I attended in the mid 1990’s. I was a little overawed by the cemetery at first as I walked along the main avenue, past the Casement Turks, the four angels and the Princess Sophia’s bathtub – sorry I mean sarcophagus.  Kensal Green felt like a huge film set as the avenue swept up to the dramatic Anglican chapel and colonnades.  In the courtyard behind the chapel was a flock of glamorous Goths roosting like exotic birds of paradise. In contrast, there were waiters bustling about serving strawberries.  I felt that they set the tone but, alas, although the Goths are still visible, the waiters are not.

However, each Open Day has had its own highlights and special memories; a man in period costume enthusiastically riding a penny farthing bicycle around the chapel, Goths peering out from colonnade columns or posing over in the terraces and atmospheric tours of the catacombs, now sadly closed for restoration.  The ebony clad throng may have decreased over the years and Medusa, as Aspasia Broome’s heavenward gazing figure was known, has lost her crown of dead tree branches but the Open Day is a permanent fixture in the London cemetery calendar.

One of the most memorable was in 2013 when  I encountered this exotic creature in the doorway of  an Egyptian influenced mausoleum as I made my way up the main avenue.  I assumed that he was  wearing a mask but I never saw him take it off so who knows….There was also a wonderful display of vintage cars that year which drove around the cemetery in a stately parade.  An old-fashioned  pick-up truck announced itself as ‘The Final Cruise’ and carried a black coffin in the back.   Several appeared to date from the ‘60’s and came from the USA.  Others had been decorated with skulls and signs.  It was an impressive sight to see so many in one place.

In fact,  the cemetery has been used for filming. My younger sister used to live in the Harrow Road opposite the cemetery and often saw film crews inside in the early morning mists.  So it was a real treat when, in 2014, Peter Fuller led the Theatre of Blood tour.  I couldn’t miss this one as it’s one of my favourite films.  A much loved 1970’s camp horror and film classic with its tongue firmly in its cheek, it told the story of the Shakespearean actor Edward Lionheart who apparently commits suicide after receiving bad reviews.  If every actor di that we wouldn’t have many left. The much missed Vincent Price played  Edward with his customary joie de vivre, sinister air and obvious enjoyment.

But he’s isn’t really dead and exacts an inventive and gruesome revenge on his critics with his devoted daughter, Edwina, played by Diana Rigg.  The deaths all have a Shakespearean theme and several key scenes were actually filmed in the cemetery. Peter led us round some of them.  We were a motley crew of Goths, film fans and Theatre of Blood devotees as we sat on the chapel steps and read the Shakespearean quotes used in the film.   We looked down along the main avenue where one of the critics had been dragged by a horse, the colonnades where Carol Browne and Ian Hendry, two of the film’s stars, had chatted and the Sievier monument where Diana Rigg had mourned her father.  Peter related several anecdotes about the film and revealed that it was on this film that Coral and Vincent’s love affair began which eventually led to the breakup of his marriage.  They married after his divorce and then entered their ‘kaftan period’. This sounded too horrible for words and I had to go and have a restorative cup of tea.

On one Open Day I was leaving after a lovely day exploring and discovering the shrouded angel on the Gardner memorial only to find that the Ladbroke Grove entrance was locked and closed.  I immediately turned around and headed for the West entrance which I hoped was still open.    As I hurtled along, a middle aged Goth couple were also heading in the same direction.  The male Goth said enthusiastically to his partner   ‘If we’re locked in do you fancy sleeping in a mausoleum?’  She replied emphatically, ‘No.’ and quickened her pace.  I felt a little disappointed as they had plenty of choice and a mausoleum motel did sound appealing.

Sadly there isn’t an Open Day in 2017 but I still have my little plastic coffin as a memento.  Whenever I look at it I remember young girls in Victorian costume, the gleam of a chrome skull on a radiator grille and the best 50p I’ve ever spent.

One thought on “Remembrance of Open Days past – Kensal Green”