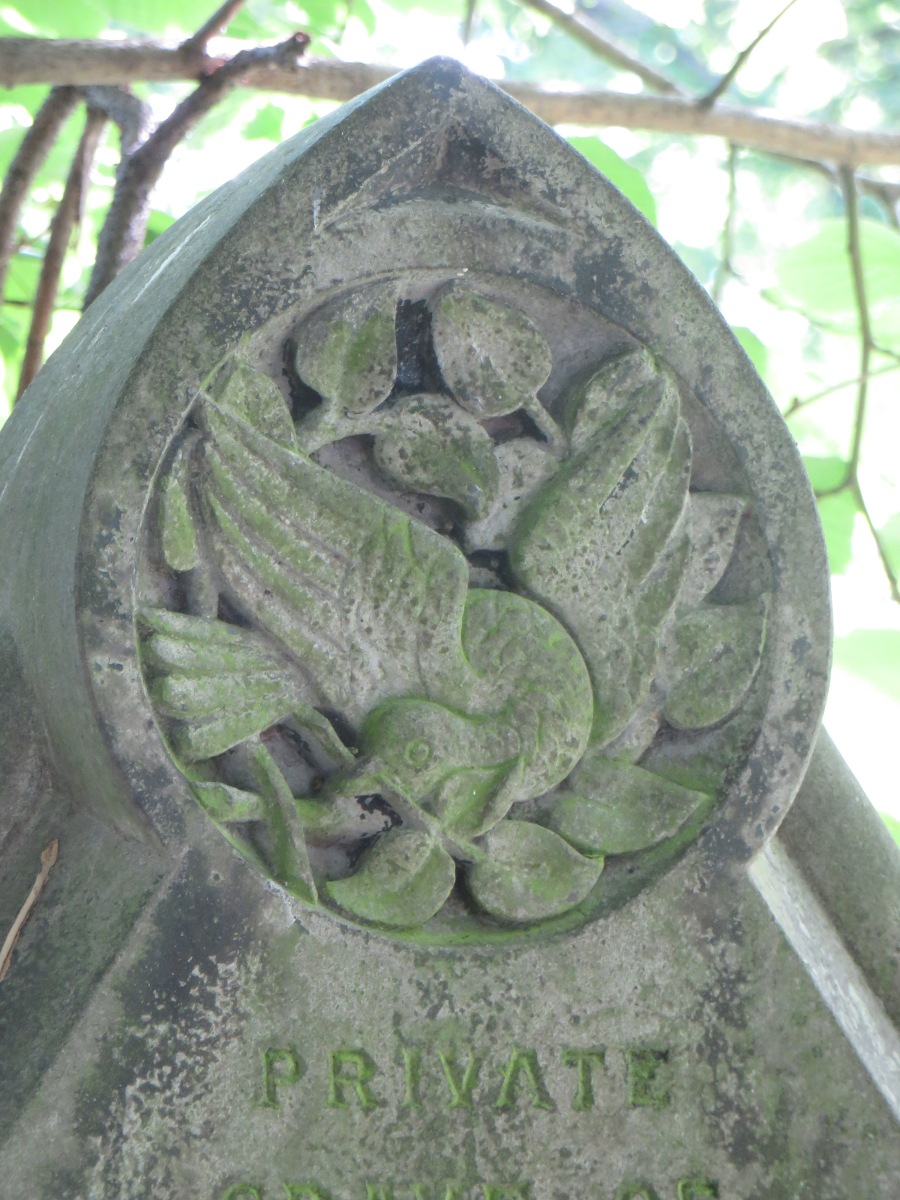 Cemeteries are often great places to find wildlife. If you’re lucky you might see a bright little robin or blue tit flitting amongst the memorials as well as foxes, cats  and the odd dog out for a walk with his owner. The beginning of summer also heralds the arrival of insects such as butterflies and grasshoppers.

But app designer, Simon Edwards and I, were exploring Brompton Cemetery to find animals of the stone or granite variety either carved or perched onto tombstones.  Simon, a GP by trade, had the same enthusiasm as me and we began near the chapel.

The weather couldn’t have been better and my way down to meet Simon I saw a Great Spotted Woodpecker land on a memorial and then take off again before I could get my camera out.   I had a few suggestions as to where we might find some interesting examples and Simon already had some on his phone and so we began.  We also included insects and birds. However once you start looking for carved wildlife it suddenly catches your eye whereas you might not have noticed it before.   The afternoon became a treasure hunt as we found cats, a polar bear, a butterfly and a carving of an Egyptian deity amongst others. If you want to find out how many we found you will have to try the app at: https://ticl.me/West-Brompton/headlines/13317/view

However the most popular animal motif was undoubtedly the dove.  They were everywhere – both in 2D and 3D versions whether portrayed flying downwards or perched on a cross until eventually we decided that we were both ‘doved-out’.  Undoubtedly the best ones were the one on Susannah Smellie’s memorial near the chapel and the one on the headstone dedicated to a 6 month old baby near Hannah Courtoy’s  imposing mausoleum.

The app is intended to give you a pleasant way of spending an afternoon exploring the cemetery and finding the graves on which they are and perhaps wondering more about the people who chose them.  Don’t forget to let Simon or me know if you find any that we’ve missed! 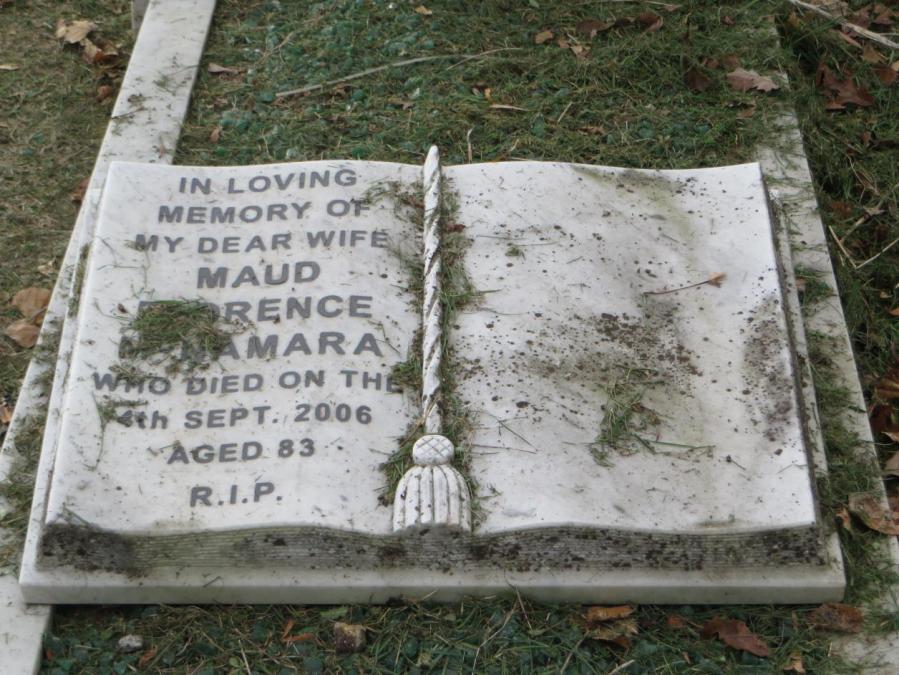 Sometimes a wander through a cemetery can make you feel as if you’re in a heavenly library due to the number of open books reverently laid on top of graves.  They’re usually made from stone or granite, inscribed with the name and dates of the deceased and often a decorative book marker complete with carved tassel keeping the pages open.  On first appearance the open book can seem a very simple and obvious symbol and it’s used in place of a more formal headstone. But, as with other symbols, it can have alternative meanings.

The 3 dimensional version that is carved to simulate a real book is a 20th century innovation.  Prior to this it was rendered in a 2 dimensional, flat form and can be found on 18th and 19th century tombstones as part of an overall design or epitaph.  This example is from the Gibbs memorial in Brompton cemetery in which the downwardly pointing finger indicates the large open book.

The open book can almost resemble a visitors book with the deceased’s details inscribed on it as if they were signing in or checking out for eternity and sometimes one page is left blank for perhaps the partner who will follow.  On a recent stroll through Beckenham I came across several variations:

For example, there was one with both pages blank which could indicate that the inscription has worn off or that they were ready to be written for eternity.  The latter echoes the well-known phrase  ‘he or she can be read like an open book’ and the empty pages  can indicate that this is how they want to be judged on the Day of Judgement.   The echoes the quotation from the Book of Revelation 20:11-15:

And I saw the dead, small and great, stand before God; and the books were opened: and another book was opened, which is the book of life: and the dead were judged out of those things which were written in the books, according to their works. King James Bible

This is also why the open book is also known as the Book of Life as it contains everything that the deceased has done throughout their life and for which they will now be accountable. Christ is often depicted carrying a book.  J C Cooper also sees it as the Book of Life and adds that it can also represent

‘….learning and the spirit of wisdom, revelation and …wisdom.’

It can also indicate a chapter of life has ended or closed.

In this example, a favourite verse has been inscribed on the pages.  It is a quotation from Jeremiah 31:3

The LORD hath appeared of old unto me, saying, Yea, I have loved thee with an everlasting love: therefore with lovingkindness have I drawn thee. King James Bible

This makes the symbol almost resemble a Bible.  Other suggestions are that it can indicate the grave of a writer, publisher or even more obviously a clergyman.

It can also indicate a chapter of life has ended or closed and a variant is the closed book.  I found this one in West Norwood cemetery and it clearly indicates a life that has ended with the final chapter now written.

So the open book has made me think about how my book of life would look on my last resting place. I’m determined to make sure that it’s a good read for any passing visitor.

Stories in Stone, a field guide to Cemetery Symbolism and Iconography, Douglas Keister,